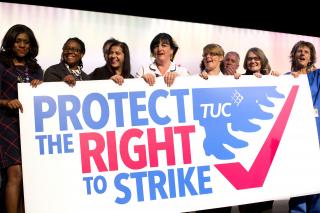 Last month Nick Boles, the minister for skills and equality, announced to the House of Commons that the government would:

These concessions add to previous compromises:

The next step is to see if the Lords will insist on points the government refused last night. Then there will be arguments to come on the mass of secondary regulations and codes of practice still to be published.

Paul Bromley, a regional officer for the Society who has been monitoring the Bill’s progress said, “These changes are brilliant and should be celebrated but there are still unacceptable aspects of the Bill that we shall keep fighting.

“The next stage is when the Bill returns to the Lords and we shall again need the support of SoR members.”

Click here to read about the campaign and where the legislation now stands in a blog by Frances O’Grady, the TUC’s General Secretary.