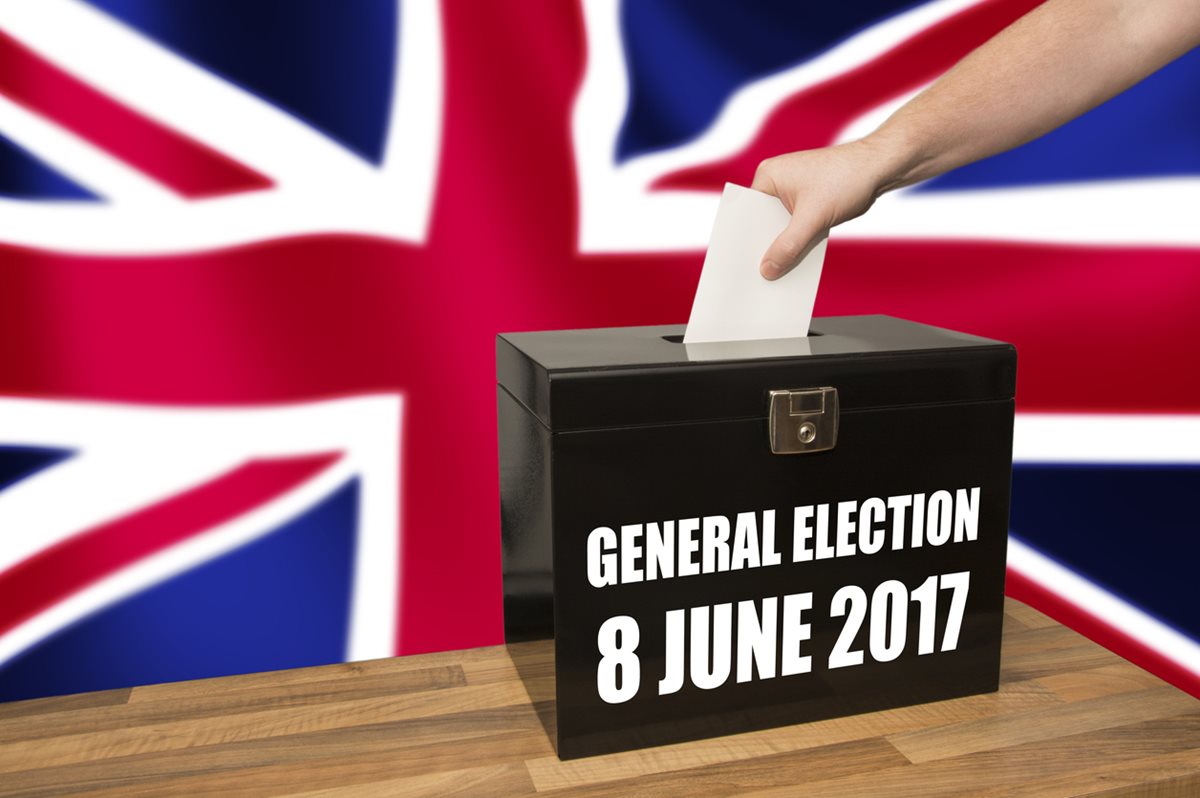 What are the political parties promising for health and social care?

With only a day to go until the General Election, we've rounded up what the major parties in England, Wales, Scotland and Northern Ireland are promising on healthcare.

Remember, you can download questions to ask your local candidate and the SoR's Manifesto by clicking here.

CONSERVATIVES
The words ‘Strong’, ‘Stronger’ and ‘Stable’ appear seven times in party leader Teresa May’s brief introduction to the Tory manifesto, so can we expect a ’strong and stable’ NHS and public services?

The Conservative vision for the future includes, “A Britain in which the economy is strong to support world-class public services, with the most ambitious programme of investment in people, technology and buildings the NHS has ever seen.”

The Conservatives claim they will oversee “Exceptional healthcare, whenever, wherever, delivered by an NHS with the money, buildings and people it needs.”

But it is in the chapter headed ‘Our National Health Service’ that they get down to the ‘nitty-gritty’, or not, depending on your point of view. Having declared that NHS spending will increase by £8billion ‘in real terms’ over five years, the manifesto includes lots of ‘we will’ and ‘we want’ but no detail as to how the following aspirations are going to be achieved:

Forward, Together. Our Plan for a Stronger Britain and a Prosperous Future. The Conservative and Unionist Party Manifesto 2017

GREEN PARTY
Claiming to have ‘big, bold ideas’, the Greens will campaign “for public services that are run by the people for the people. These services will be properly resourced and future facing to meet your needs now and in the future, not struggling to keep pace with demand. We will stand up for the NHS - we want it to be protected not privatised."

An NHS Reinstatement Act is the way forward, the manifesto says, to ensure that health and dental services are free at the point of access. Sustainability and Transformation Plans should be scrapped.

Cash should be provided so that “everyone can access a GP, hospitals can run properly, and staff are fairly paid.”

The Green Party for a Confident and Caring Britain

LABOUR
In his introduction, party leader Jeremy Corbyn says that a priority for Labour is “restoring the NHS to its place as the envy of the world.”

The Labour manifesto pledges £30billion in extra funding over five years to be paid for by increasing income tax for the top 5% of earners and upping the tax on private medical insurance, as well as “halving the fees paid to (NHS) management consultants."

For the Many, Not the Few. The Labour Party Manifesto 2017

LIBERAL DEMOCRATS
Unsurprisingly, the Lib Dem document has a lot to say about Britain leaving the EU and “urgent problems, such as the future of the NHS, are being neglected because of the sheer scale of the challenge posed by Brexit.”

It goes on to say that “the NHS has been the envy of the world, but it is now facing the greatest crisis in its history and we urgently need to increase its funding.” This is to be done by putting a penny in the pound on income tax “to give the NHS and social care services the cash injection they need.” This will “raise £6billion additional revenue, which would be ring-fenced.”

The additional investment will be directed to social care, primary care, mental health, and public health. Longer term, the intention is to look at a reform of national insurance contributions “which will bring together spending on both services into a collective budget and set out transparently, on people’s payslips, what we spend on them.”

The Lib Dem intention is to “Introduce a statutory independent budget monitoring agency for health. This would report every three years on how much money the system needs to deliver safe and sustainable treatment and care, and how much is needed to meet the costs of projected increases in demand and any new initiatives - to ensure any changes in services are properly costed and affordable.”

A significant part of the health and social care section of the manifesto is devoted to public health and measures that the Lib Dems would bring in to ‘help people stay healthy’.

UNITED KINGDOM INDEPENDENCE PARTY
UKIP will “Invest an extra £11 billion every year into the NHS and social care by the end of the next parliament, raising caps on medical school and nurse training places…. without adding a single penny to anyone’s tax bill.”

The party says that the NHS is “Britain’s best-loved public service and one of the benchmarks of our civilised values.” UKIP will keep the NHS free at the point of delivery and increase funding “by diverting the £11 billion we will save by cutting the foreign aid budget directly into health and social care.”

UKIP says it will establish a royal commission to find a way forward that allows the NHS “to hold fast to its values while meeting the challenges of the future.”

ALLIANCE
One of the 'Five key commitments from Alliance' is "Getting to grips with the challenges facing our health service by committing to reform so that we can invest in better treatment and outcomes."

The party notes that Brexit "has the potential for restricting the supply of labour in sectors where migrant workers are vital." It also points out that "the current approach to the health service is not sustainable, and the need for both additional funding and reform to ensure our health service not only survives but thrives is very urgent. In the absence of progress, it is likely that there will be increasingly significant impact on patients and further deterioration in health outcomes.

"We will implement a programme of reform based on clinical evidence to secure a National Health Service, and not merely a notional one. This will include further investments in access for patients."

DEMOCRATIC UNIONIST PARTY
The DUP claims to have "kick started much needed reforms aimed at creating a new model of health and social care and reducing bureaucracy and streamlining structures. Those reforms are now effectively on hold with challenges like waiting lists mounting. People should not have to wait any longer to have those reforms implemented and problems tackled."

The party says that they were "in the driving seat in developing ambitious, far sighted reforms for our National Health Service in Northern Ireland. These reforms including the Bengoa Panel’s recommendations for a new model of health and social care, and proposals to eliminate a layer of bureaucracy by abolishing the HSC Board are much needed. The DUP supports these reforms and wants to see them progressed as a matter of urgency. Similarly, our health service needs a properly resourced plan to reduce waiting lists and a dedicated transformation fund to support reform."

It also wants "to strive for a situation where key decisions about the enhancement of the NHS in Northern Ireland are free from party politics."

Out of a 24-page manifesto document, that is all the party has to say about health care.

Standing Strong for Northern Ireland. The DUP Manifesto for the 2017 Westminster Election.

SINN FEIN
The party sees the biggest threat to the NHS as being “Tory party cuts and the DUP Brexit.”

SOCIAL DEMOCRATIC AND LABOUR PARTY
The SDLP calls for a "fair and well-deserved consolidated pay rise" for public sector staff... Savings from the voluntary exit scheme should be used for restorative pay measures, rather than to pay for a cut in corporation tax, for people in the public sector who have lost out due to a continued pay freeze and some of the legacy pay inequities."

The decision "to reject clear recommendations from the independent pay review body... has become increasinglky exploitative of people's strong sense of vocation. The long-standing freeze in their (health service professionals) pay is a long-term pay cut in real terms."

With regard to health, the party talks about influencing budgetary decisions, opposing proposals to extend the Abortion Act to Northern Ireland, and providing a health and social care system that "delivers universal, high quality and safe services that are free at the point of delivery."

It notes "The Health Service in Northern Irdeland is now the only one on these islands currently operating without a cancer strategy." It says a strategy is needed to "allocate sufficient resources to ensure... improved outcomes, meet rising demand and reduce the undeniable variation in care that exists."

Taking our seats. Taking a stand.

ULSTER UNIONIST PARTY
One of the top five key issues for Northern Ireland is, according to the UUP, "A healthcare system that looks to the future and provides quality care to people at the time they need it. The current system is broken and is in urgent need of reform. We would start at the very top and merge the five existing trusts and put in place an operationally independent chief executive of the NHS in Northern Ireland."

That is all the document has to say about healthcare and the NHS. And on public sector pay, the party is silent.

For a Stronger, Better Union

SCOTTISH NATIONAL PARTY
The SNP claim that “Investment in Scotland’s NHS is at a record level and the number of staff working in our NHS has increased by almost 10 per cent since 2007. Health and social care has been integrated and our hospital A&E departments are the best performing in the UK.”

The party is committed to increasing the NHS Scotland budget by £2billion by the end of the current Scottish parliament (£500m more than inflation) and, if the UK government would only abandon austerity, investment  in the NHS could be increased “far beyond current plans”.

The manifesto claims that overall health spending in Scotland is around 7% per head higher than in England - £152 per person.

PLAID CYMRU
Under the banner of a ‘Heathier, happier Wales’, Plaid Cymru claimns to be the “only party you can trust to deliver a Welsh health service that works.”

Claiming that ‘avoidable mortality’ is 15% higher in Wales than England, Plaid Cymru will “save 10,000 lives over 10 years” through public health campaigns, lifestyle changes, earlier diagnosis of disease, and better access to treatments.

The party has not forgotten about the ‘£350million windfall' that the Leave campaign promised would follow when Britain leaves the EU. It will continue to push for Wales’ share.

Wales “has one of the lowest number of doctors per head in Europe, beds have been cut by 7% and waiting times for diagnosis and treatment are the worst in the UK.” The answer, according to the party of Wales, is to recruit an additional 1000 doctors and 5000 nurses. No mention is made of health professionals.