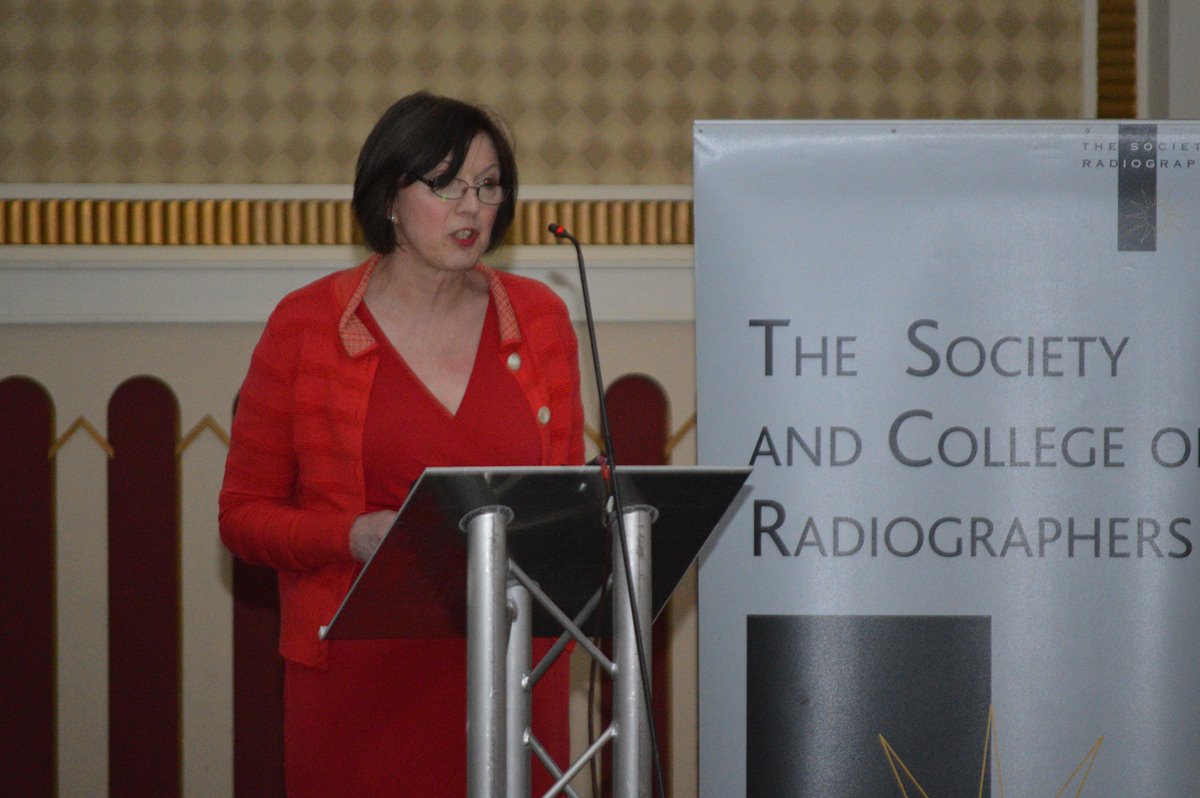 “You are life changers”

Billed as the 11th most powerful woman in Britain (according to BBC’s Woman’s Hour), Frances O’Grady, the TUC’s General Secretary, delighted delegates at ADC 2016 with a wide-ranging 15 minute speech during which she praised SoR members for being ‘life changers’.

“Your work is held in the highest esteem,” she told the 200-plus delegates, referring to both diagnostic and therapeutic radiographers and how they contribute to “the health of the nation. The NHS is the defining collective achievement of this country.”

Turning to the SoR’s role as a trade union, Frances said, “For almost a century the SoR has been a powerful voice. You are a brilliant example of the unique position of specialist and professional trade unions. You are changing the face of unions.

“You are the first professional union to set-up a political fund. You have built membership from 16,000 a decade ago to 27,000 today. If the trade union movement was growing at the same rate as the Society’s membership, there would be 10million union members instead of 6million.”

Frances credited the SoR with having the “best union slogan ever” - ‘No raise, no rays’ - during last year’s pay dispute.

She said that the Trade Unions Bill is an “attack on fundamental civil liberties. The right to strike is essential, otherwise bad employers could never be called to account.

“The government is isolated on this issue. Almost no one agrees with it.”

Frances quoted a number of critics who criticised the Bill as being “authoritarian and partisan” and “threatening good workplace relations and our civil liberties.”

“The Trades Union Bill will make it harder for workplace reps to do their job,” she said. “I am proud how the labour movement has fought back and the opposition in the Lords has been essential.”

She praised former SoR president Karen Smith and the current president, Sheila Hassan, for speaking out against the proposed legislation.

“We want the right to ballot our members using electronic voting,” Frances said. “Why are unions the only organisations in Britain to be denied the right to ask their members to vote in this way?

On the EU referendum, Frances acknowledged the Society’s neutral position and explained that the TUC’s stance is that Brexit would be very big gamble.

“Many of the rights we take for granted come from the EU. And it is unacceptable that migrant workers are scapegoated for all our country’s ills. They are not to blame for low pay. The NHS historically would not have functioned without migrants.”

Returning to the NHS, Frances said, “We have to call time on the government’s failed NHS experiment. It can’t be right that NHS is lavishing £18m a day on NHS private providers

“We want an NHS run for patients, not for profit.

“The government must step back from replacing bursaries with loans. Jeremy Hunt: you cannot replace skilled people with cheap labour.

“These are tough times for working people. The SoR is living, breathing proof that working people who stay together can and will win.”