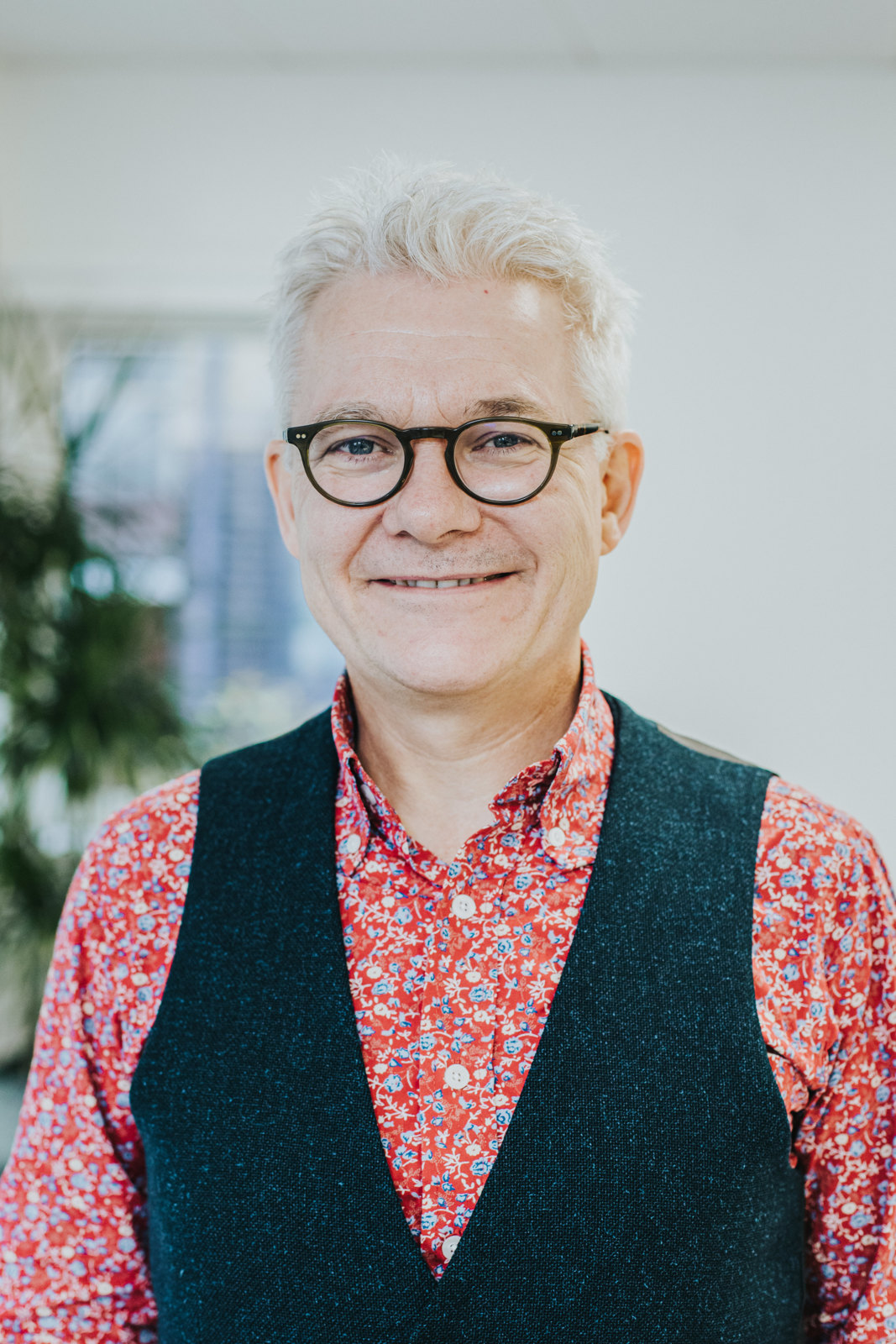 Viewpoint: Is the public sector pay freeze the Chancellor's cry for help?

On Friday 20 November, the big news story was the Chancellor’s decision to impose a public sector pay freeze. At least that was the story until our PM so controversially rounded off Anti-Bullying Week. Both were depressing stories and in their own ways depressingly predictable. Both also show a Government acting on emotion rather than reason.

The announcement of the pay freeze and the timing is beyond reasonable understanding. It can only be explained in an emotional context. It just makes no sense economically.

Politicians like to paint simplistic pictures to explain their economic decisions. It’s doubtful any of the current front benches could match Harold Wilson’s clarity with his famous 'Pound in your pocket' speech during the devaluation crisis. However, Chancellor Sunak’s having a go. He seems to be saying that borrowing and Government spending has rocketed since Covid-19 and therefore public sector workers, paid for by the public purse, can’t get a pay rise because we’re spent out.

Further, he says giving them a rise will be unfair when private sector workers are not getting any pay increase – indeed many of them have been reliant upon publically funded furlough payments for any income at all. Sunak’s logic is therefore that we, as a country, can’t afford it. His problem is, simplistic stories require a consistent narrative or they start to fall apart and become unbelievable quite quickly.

The first seeds of this little tale’s undoing are contained in the explanation. Sunak doesn’t even sound like he’s convinced himself of his own logic. He was quick to say this wasn’t Austerity because Government would be investing in public sector equipment, buildings and in more staff - but if they can still afford to do that why not invest in a pay rise and make the jobs more attractive to these future recruits?

Government were also quick to say the freeze wouldn’t necessarily involve the NHS – the nation’s 'Favourite Child'. However, they didn’t say how much more than other frontline warriors our NHS heroes could expect. I borrow the military metaphors from our PM who seems especially eager to use them. Only the day before he’s been talking excitedly about £16.5bn more than expected funding for defending our military interests including in space – only serving to amplify that a pay freeze wasn’t necessity but a choice.

Secondly, it isn’t because we don’t have access to money. Sunak is spending more money than any previous Chancellor out of wartime and he doesn’t know when he’ll be able to politically and socially afford to stop. In July, the Bank of England printed £100bn in new currency. In October, they printed another £150bn. It’s likely, either to pay for vaccines, more furlough or both, he’ll need to print some more by next summer – regardless of Brexit and any ‘short term shock’ most economists expect that will cause.

Again this amplifies that a pay freeze isn’t a necessity – it is a choice. In the same way as renewing furlough; spending £18bn more than should have been necessary on PPE; spending £12bn between March and May setting up NHS Track and Trace – the Chancellor could decide to reward all frontline workers and boost morale ahead of the Covid-Winter but he’s choosing not to.

There are 5.5 million public sector workers, including the NHS. Giving them all an inflation-busting £2,000 pay rise next April would cost about £1bn less than the £12bn spent on the failed Track and Trace scheme just between March and May. It just is not credible, in this climate, at this time, to say the country cannot afford to fund any public sector pay award in 2021.

How will we pay for it?

The usual political cry when unions (or anyone) calls for public sector pay increases sounds something like, 'Yes, but how will we pay for it?'. This is a reasonable and important question. It’s also one, that if we explore it carefully, most Chancellors in recent years would be worried about us finding the answer to because the answer exposes a startling hypocrisy running through the story they tell their electorate.

The answer is simple – we’ll borrow it and if no one will lend us the money we’ll borrow it off ourselves. Does that sound dangerous and irresponsible? We’ll it’s what we’ve been doing pretty much for the last 40 years and especially the last ten. When Osborne, Hammond, Javid and now Sunak have been telling us that Britain needs to cut back on its public spending and double down on national debt, our debt has been reaching levels unimaginable even 40 years ago. While they’ve been telling their staff they can’t have a pay rise they’ve been borrowing and spending relentlessly for what return?

In March 2019, a year before the Covid-19, Britain’s national debt was £1,821.9m or £1.8trn. In the year to March 2019, our net borrowing (how much more our debt had grown vs we’d paid off) was £38.7bn. Our national debt was 84% of our GDP. To contextualise these huge numbers, as a politician may seek to do, let’s imagine a family earning £40,000 a year and having £33,600 on their credit card at the same time. When you think of it like that it’s no wonder we can’t pay the debt off easily. I’m pretty sure a bank would have cut off the credit supply long before then. But of course, its not like that for countries because countries, despite Opposition rhetoric at elections, very rarely go bankrupt. To go bankrupt a debtor has to call in the debt and doing that risks someone asking them to repay their own debts and the EU average was 80% of national GDP so most countries are pretty much in the same position as us.

The relevance of the wider debt picture to the pay freeze debate is two-fold. Firstly, it further sinks the affordability argument. We could almost certainly get the extra credit if we wanted to.

Secondly, it starts to show that long term Austerity hasn’t and doesn’t work. The economics for a pay freeze look especially self-defeating in this context. Put simply, if a Government pays people more it recovers some of the money in taxes. The people are also likely to spend some of the extra money - especially when interest rates are low and there is little incentive to save. A Government could give all its workforce a 5% pay rise and in a short period easily recoup this and reduce the need to borrow by raising income tax by 2% at the same time. If they raised more than they needed they could lower taxes again or pay down the interest on the borrowing. This is pretty much what all Government’s did between 1946 and 1980 regardless who was in power. They could do this now. It’s a choice.

Instead, what Sunak’s arguing is that he is going to pay off the credit card only by spending a bit less next month. That’s just not reasonable.

The rational economic argument against even short term public sector austerity has been strengthened by the Covid-19 crisis and the extent to which we’ve had to rely on extra borrowing. Julian Jessop is an economist at the right-wing think tank the Institute of Economic Affairs who told the Financial Times on the day of the announcement: 'There is no rush to fill any fiscal gap. [The Chancellor] should do everything he can to support the recovery: teachers and civil servants are consumers too.'

This is backed up by how Covid-19 has changed the economy. In regions such as Yorkshire and the North East, Wales, Northern Ireland and Scotland, the public sector was already providing more than 1 in 5 jobs. In Northern Ireland it was 1 in 4. Everywhere, Covid-19 has highlighted how these are now the stable, secure jobs that families know they can bank on. With so much uncertainty, boosting the value and confidence of these jobs, and at the same time offsetting reduced tax income from private sector returns, is entirely rational. Starving them and introducing uncertainty is self-defeating.

Equally, I’m yet to meet someone who has been furloughed who thinks it is unfair that their partner who works in the public sector should get a pay rise because they won’t get one. There is a prejudice in Government that public sector workers are comparatively better paid than those in the private sector but there is no economic evidence to support this.  It may have once been true but during the last decade any gap has closed. Respected economist Torsten Bell from the Resolution Foundation says, except for pensions, the gap is not zero.

Further, austerity turns people off working in the public sector. The hard evidence for this is clear in the ONS workforce data. Throughout the last decade the number of public sector workers has fallen as a share of the working population. For each of the last eight years, Governments have failed to meet teacher recruitment targets. In the NHS, staff shortages have contributed to more people leaving than they have in training whilst student funding cuts have increased drop-out rates. There are chronic shortages in nursing and across most allied health professions – most spectacularly radiography. The Richards Report imaging services, published last month, says Covid-19 exposed a profession already at a 'tipping point'. He concludes that unless the Government can recruit and retain record numbers of radiographers whilst also replacing any scanners that are more than ten years old they cannot hope to meet cancer, stroke, heart, respiratory or other health targets.

So why a freezing Covid-winter?

In this context, the idea of incentivising public sector jobs by making them relatively more attractive would seem obvious. So why not? I can only conclude the proposed pay freeze isn’t rational but emotional.

Maybe it’s a cynical move by Sunak. Maybe he’s calculating that after giving it large with furlough and handouts in the summer, looking like Scrooge in the run up to Christmas will recover some ground with more traditional Tory values ahead of a possible leadership contest next year?

Maybe it’s because of the make-up of the public sector. It wouldn’t be inconsistent for Johnson, with his love of military metaphors and macho posturing, to just not want to spend any money on the women who they think will put up with it and do as they’re told, especially if their menfolk feel their jobs are under threat.

Maybe it’s a cry for help. Ministers like Sunak are in a state of shock having seen their world view blow up in front of them. Ideologically, almost religiously committed to low tax and hostile to any public spending and their monetarist dogma, they just can’t cope with having to introduce and sustain tools like furlough and so a line is drawn at public sector pay rises – grabbing at the pay freeze like a comfort blanket.

Or maybe they just haven’t got a reason because they are so far adrift and panicked that reason no longer plays any part in their decision making.

Whatever their excuse, there is no reason or logic to a public sector pay freeze.