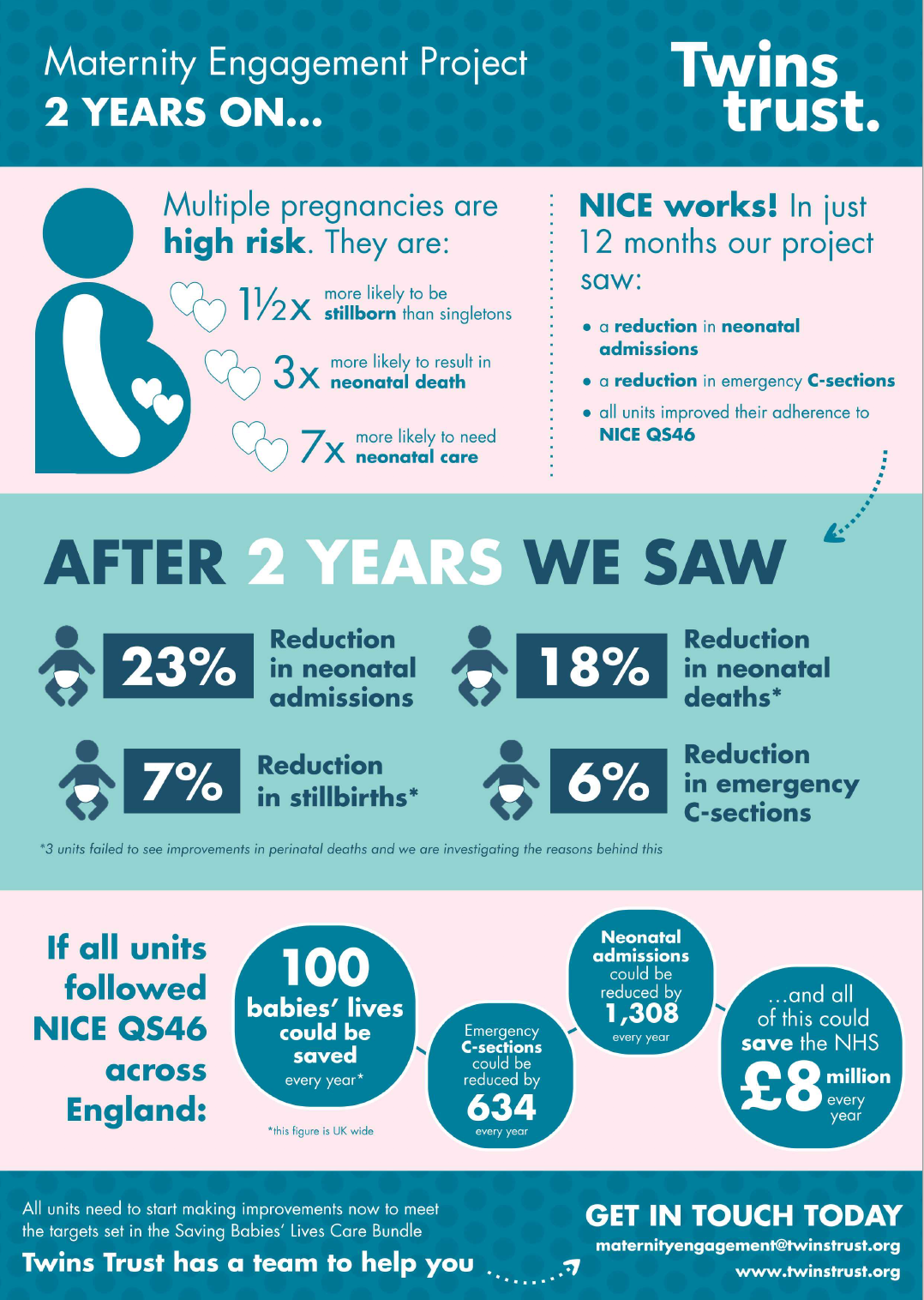 Reduction in neonatal admissions and deaths with NICE guidelines

Two years after the Maternity Engagement Project was launched, results have shown a noticeable reduction in multiple pregnancy neonatal admissions and deaths.

Services which have adopted NICE QS46 found reductions of:

The Twins Trust (formerly TAMBA) are hoping to have the guidelines adopted by all maternity units for multiple births which, they claim, would mean 100 babies’ lives could be saved a year and emergency C-sections would be reduced by more than 630.

Neonatal admissions would go down by 1300 each year. The trust estimates potential annual savings to the NHS of £8million.

You can get in touch with Twins Trust or head to the website for more information.