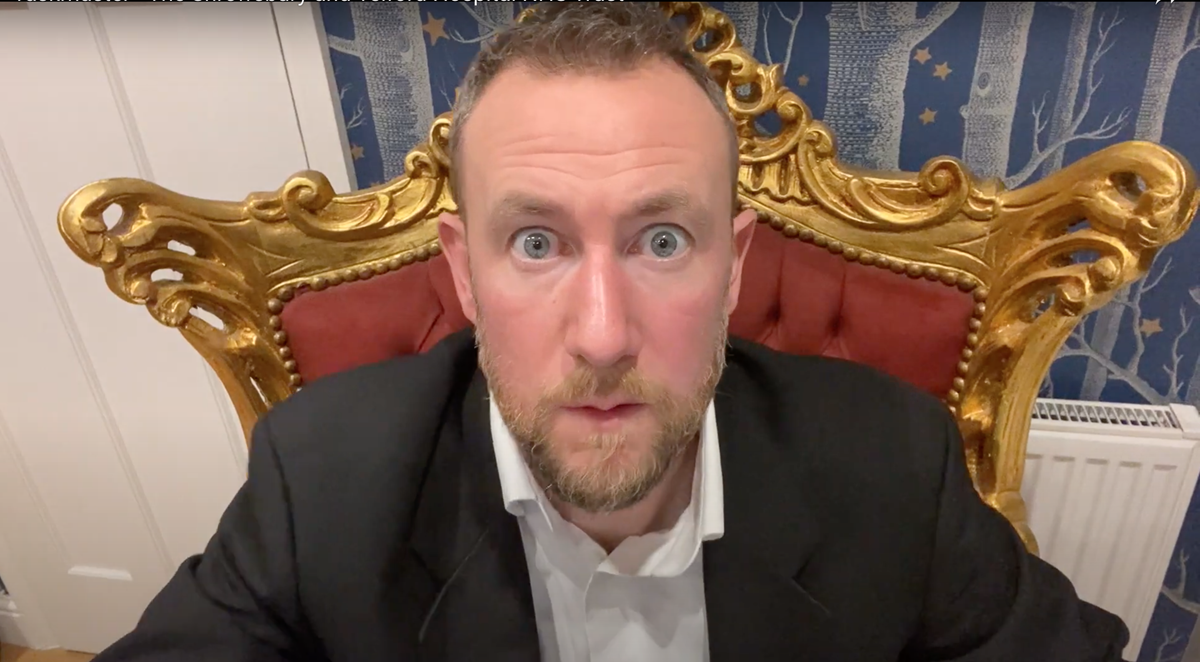 With the Christmas party cancelled festive celebrations just got better

On one unassuming Tuesday in December, Shrewsbury and Telford Hospital radiotherapy team received a Christmas video message from the man whose Channel 4 TV show had inspired their morale-boosting quiz.

For each day of the month up until 24 December, the Shrewsbury and Telford Hospital team carried out tasks set by the taskmasters of the department, the band 7 therapeutic radiographers. It was the superintendents’ and department manager’s way of thanking the team without having a Christmas party.

Alex Horne had learned about the radiotherapy team’s Taskmaster Advent Calendar challenge and decided to get involved. In their next morning huddle, the video was played, and you can watch Taskmaster’s Alex Horne’s message here.

Bernadette Mortiboy, technical superintendent and chief organiser of the calendar game said it was an amazing moment when the team realised he had sent them a personal task to complete: ‘We are so impressed that he offered to do this,’ she said.

‘It’s nice to think that we have cheered up our team,’ said Bernadette, ‘the buzz in the department this December is certainly worth the effort.’