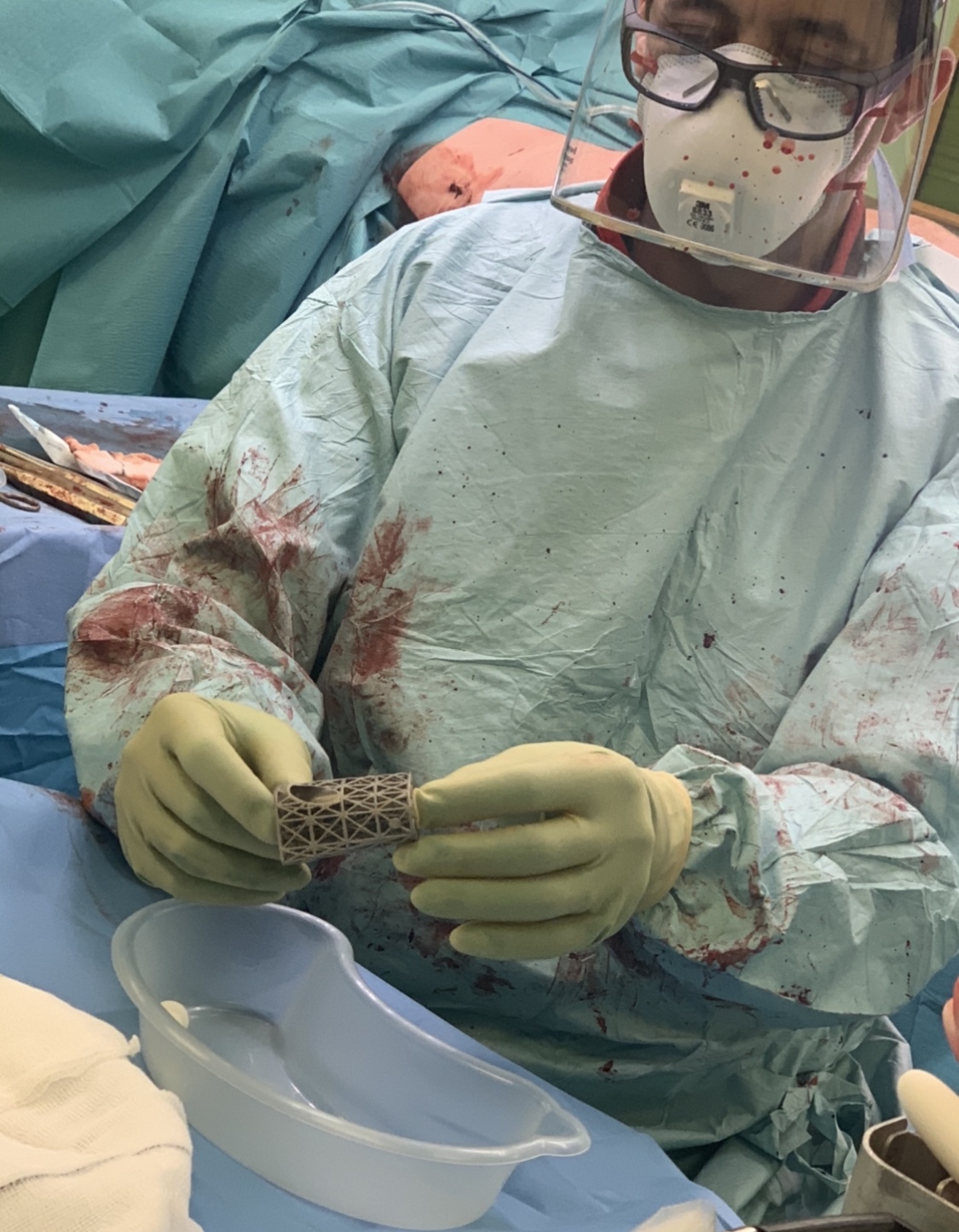 What did you do in the pandemic?

Nothing at work has really felt normal

As I think ahead to a time when Covid-19 is long behind us and is the stuff of history books, and my grandchildren turn to me and ask, “What did you do in coronavirus time, Nana?”, I started to wonder what I might recall.

I am sure people will say that I was one of those who stepped up; I was on the front line; one of those wonderful NHS heroes we clapped for on a Thursday evening.

I spent three weeks working at the Nightingale Hospital in London, which while not exactly what we all thought it would be, was still an eye-opening experience that I’ll never forget.

Myself and my friend and colleague Matt, spent hours that turned slowly into days working on a departmental 'Covid Rota', which, as it turns, out was a huge success.

I helped set up the walk-in orthopaedic outpatient fracture service or WOOFs, letting orthopaedic surgeons loose on the mini c-arm in fracture clinic - but maybe the less said about that the better!

I did hundreds, if not thousands of mobile x-rays and became something of a professional deep cleaner of the CT scanner.

But, if in the future anyone ever asks what I remember most about the covid pandemic of 2020, it isn’t any of these that will immediately spring to mind. The story I will probably recount is that of Cage Guy.

Now, I will use the word ‘we’ a lot in this. Not because I was scrubbed in and hands on, after all I am a radiographer, but Mr Trompeter (the real hero in this story), is that strange breed of consultant orthopaedic surgeon who has the power to make you feel valued and part of the team rather than just an afterthought.

I guess you could say he is like an albino giraffe: you have heard of them; you question their existence; but you never quite believe they are real until you actually see one!

I have no doubt that there is some technical orthopaedic terminology for exactly what we did. Which I will now try and explain while giving you a little bit of background on how Cage Guy came to find himself on an operating table in the midst of a global pandemic. 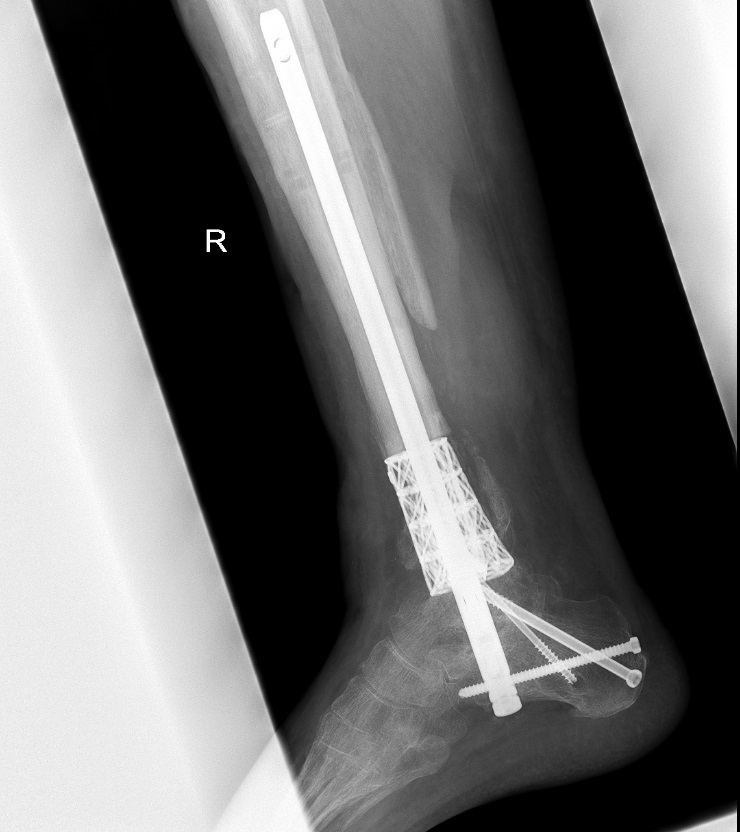 After falling from a ladder while putting up Christmas lights in December 2018, the patient suffered a rather nasty open pilon fracture. Despite two previous operations, he ended up with an infected non-union in his right distal tibia.

Six weeks earlier (before Covid-19 had reared its head), at stage 1 of his final reconstruction, we resected the bottom 6cm of his tibia, including the joint and had put in a cement spacer supported with an ex-fix. I had then performed a post-op CT and it was from this scan that with some very smart guys in America, Mr Trompeter designed a 3D-printed titanium cage which was then custom built for the missing hole. So, we found ourselves implanting a bespoke orthopaedic implant in the middle of a pandemic.

In simple terms, we removed a man’s distal tibia and replaced it with something that looked a bit like the Eiffel tower! It is without doubt one of the most insanely awesome things I have ever witnessed in an operating theatre and I have spent a lot of time in theatre. I would even go as far as to say it is my work happy place.

It was cancelled at first due to coronavirus taking hold and Mr T having to self-isolate, but this was a time sensitive operation with a small window of opportunity, so within a couple weeks it was back on.

We knew it was going to happen on 7 April, but it wasn’t until that morning that I really thought just how are we going to do this? Covid-19 had changed everything and as radiographers we were only supporting trauma cases. 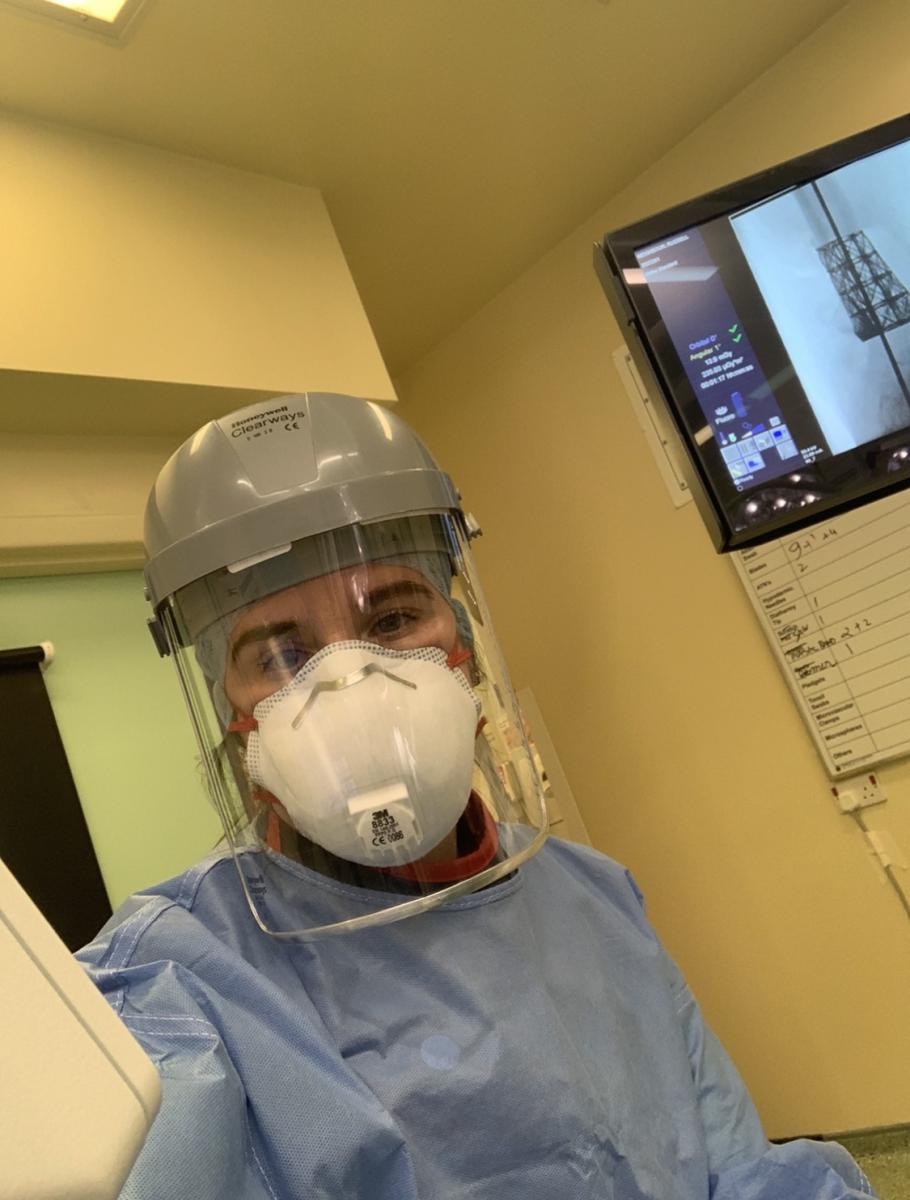 All electives had been postponed and with everyone in lockdown trauma cases had dried up. I had only

been to theatre on a hand full of occasions and usually for less than an hour, but the full PPE we had to wear along with the usual lead gown was uncomfortable. Not to mention how difficult it was to hear everyone, let alone make yourself heard.

This was going to be a six-hour operation and I was not looking forward to it. But that is where the 'we', the team, the sense of belonging came into play. Historically, radiographers do not jump at the chance to go to theatre, especially orthopaedic theatre, where it really feels like you are being thrown to the lions and hungry lions at that.

And, for many, this would have been a nightmare, but despite the most peculiar of circumstances when I walked into theatre that morning, I knew every person behind the FFP3 masks and visors and we all knew we were about to do something that hadn’t been done before. Well, not at St George’s Hospital and only a handful of times in the UK. 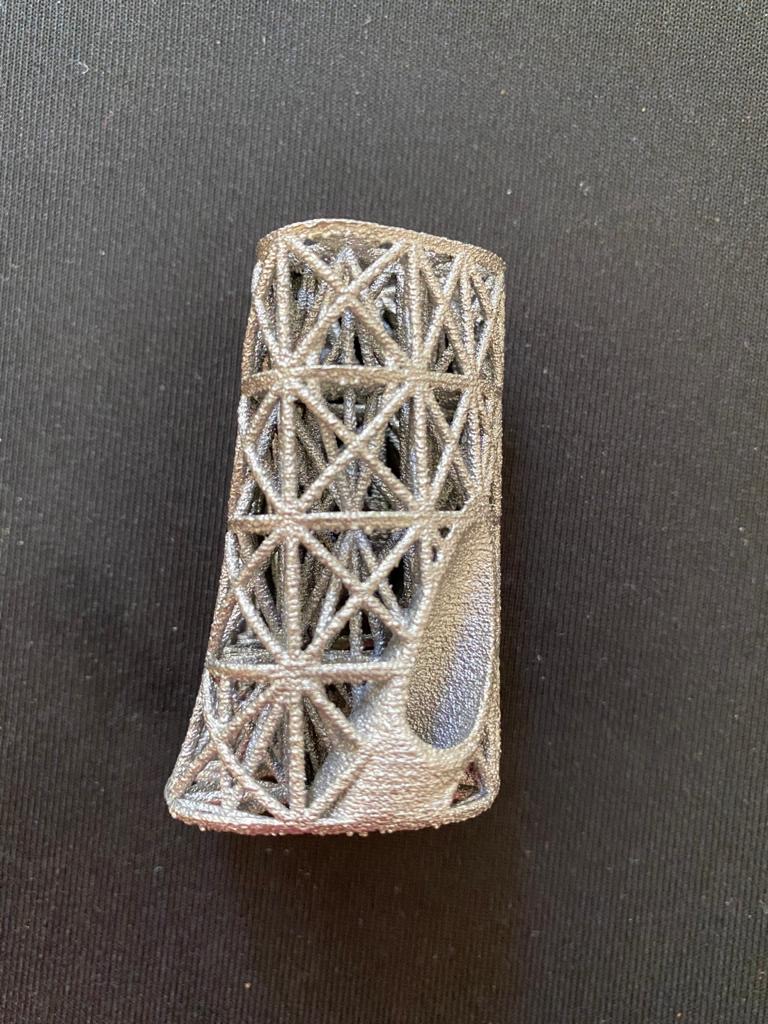 So, while this was interesting and incredibly cool and a first at SGH, and even though the six hours in a lead gown and full PPE was absolutely horrible, what it offered in those strangest of times was a small bit of normality. Nothing at work during these past three months has really felt normal, but this, in the face of everything, did and that’s what I’ll remember.

And post Covid-19 who knows what our new normal is going to turn out to be.