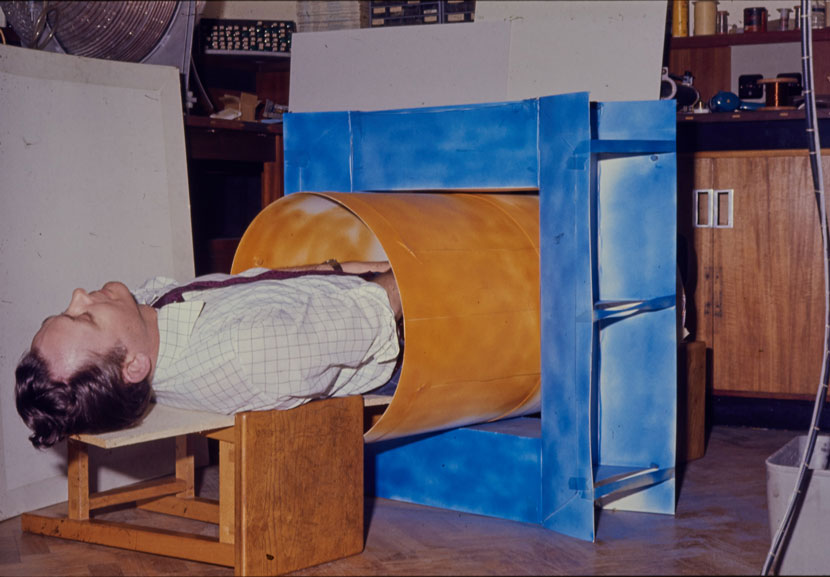 A collection of Professor Sir Peter Mansfield’s research papers, notes and audio recordings, alongside an array of historic pictures, form a new archive detailing the development of MRI at the University of Nottingham.

Funded by the Wellcome Trust, the project catalogued and indexed more than 200 boxes of papers, slides, photographs, films and videos, which created 5000 catalogue records and 13,000 digital images.

Images recovered include some of the first ever MRI scans of the human body, of Sir Peter lying in a cardboard tube model of an MRI scanner, and one of the first magnets used in an MRI machine.

Mark Dorrington, keeper of Manuscripts and Special Collections, said, “The University of Nottingham played a world leading role in the development of MRI.

“It has been a truly fascinating project to see how the story of MRI unfolded and we are delighted to have played a part in preserving its legacy for the future.”

A selection of Peter Mansfield’s work, as well as his colleagues, Professors Raymond Andrew and Brian Worthington, are on display at the Science Museum in London as part of the world’s largest medicine galleries exhibition, which features the first MRI scanner.