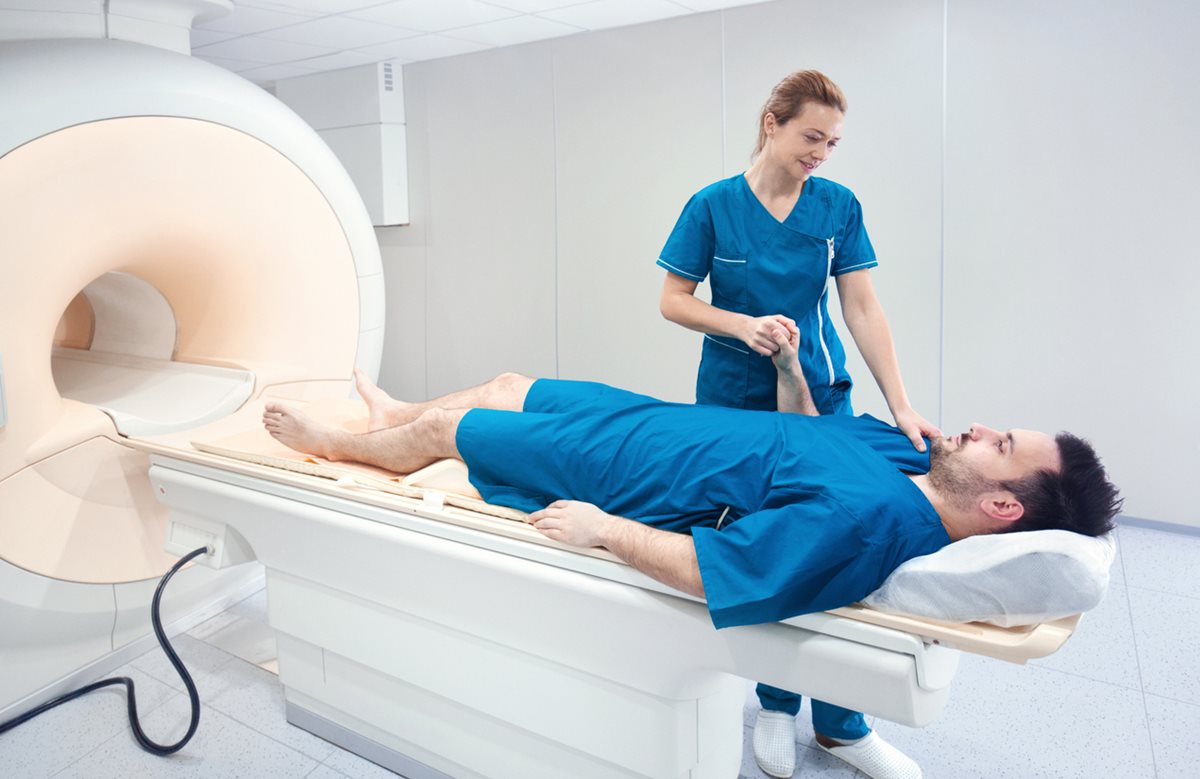 The first value based practice (VBP) article provided a brief definition of values-based practice and how its implementation puts patients firmly in the centre of their healthcare pathway.

This time, I have included three case studies, two of which demonstrate a solid understanding of the importance of patients’ values in practice, and another where, although staff were competent and professional, they did not consider the patient as a person.

Hannah’s story
Hannah Walker (not her real name) is a 35-year-old female booked into the imaging department for an MRI scan. She arrives in the department visibly distressed and tells the receptionist she is claustrophobic and feels very nervous.

She has been referred for a scan of her internal auditory meati. The request from her general practitioner states a clinical history of tinnitus and is questioning a possible diagnosis of an acoustic neuroma.

The imaging assistant calls Hannah into the changing area and starts to work through the MRI safety checklist. At this point Hannah bursts into tears and the imaging assistant calls on a Band 7 lead MR radiographer, who has extensive experience. The radiographer starts to reassure the patient the scan is very quick, usually less than 10 minutes, and that it will be worth it to find out what is causing the tinnitus.

Hannah explains that she has had the tinnitus for over 10 years and that it does not bother her because she is used to it. She goes on to say that she recently changed GP and on her new patient questionnaire declared the tinnitus. Hannah’s new GP referred her for the MRI scan, even though Hannah had told the GP she was claustrophobic

The radiographer draws on her experience and the research evidence base and explains to Hannah what an acoustic neuroma is. She asks Hannah if she has any hearing loss, to which Hannah replies that she does not, just tinnitus.

Hannah decides not to proceed with the MRI scan today. Instead she agrees to make another appointment to see her GP to discuss this further, because she does not feel that the discomfort she would suffer during the scan would help her and it is unlikely that it would improve her tinnitus. The radiographer documents the discussion with Hannah and ensures that this information is sent back to the GP.

VBP in action
Most people with tinnitus want to be rid of it. It was natural therefore that the GP should assume this was what mattered to Hannah. No doubt it did matter, but what mattered more to her was that she was claustrophobic and this took over how she was feeling. It was therefore Hannah’s individual values (what mattered most to her) that determined her shared decision with the radiographer not to have the MRI scan.

Jane has found a lump in her breast and has been referred to the one stop clinic. Her husband cannot go with her and because she does not want to worry her friends and family, she goes to the appointment alone. She is more than a little anxious about the visit to the clinic and what her lump might be.

She is the first patient of the day. A friendly staff member, called Anne, introduces herself and explains that she will be doing the mammogram. She asks Jane to change into a gown and takes her to a subwaiting area.

Jane sits for quite some time. She is cold and anxious. She can hear the discussions of the staff who are sitting in a room just along the corridor. Jane does not want to hear about the radiographer’s difficulties in getting a matching toilet for her bathroom suite. She wants somebody to offer to keep her warm and to get on with her examination. Jane also wants to go to the toilet but there are no clear signs and there is nobody visible to ask.

Jane does not want to interrupt the staff. She hates ‘making a fuss’ but she is starting to shiver now because she is so cold. Eventually (about 20 minutes and many more varied conversations later), a different member of staff calls Jane into the examination room and briefly mentions that the equipment takes quite a while to warm up on cold days. Jane smiles politely.

Lessons to be learned
Jane’s story starts with a friendly member of staff (Anne) who introduces herself and takes Jane to the waiting area. Patients regularly rank kindness and related qualities (such as empathy and compassion) equally with competence.

But then things start to go downhill. Jane is left sitting in a cold waiting area with no idea how long she will be there and with no way of finding out what is happening, or of asking for anything she needs, such as the toilet.

Where things went wrong was in the staff's failure to engage with Jane, not just as their first ‘case’ of the day, but rather as an individual with fears, concerns and expectations of her own.

Gareth’s story
Gareth is a 35 year old man who was being treated for metastases which had spread to his spine from an unknown primary.

On day one of radiotherapy treatment he was an outpatient and was able to walk by himself for treatment. By day three he could no longer walk, had been admitted as an inpatient and a further two areas had been identified for treatment.

Gareth was in a lot of pain, despite being medicated with painkillers prior to coming down from the ward. On day four, he came down for treatment as normal. He was, however, unable to tolerate the treatment because of the pain.

Gareth told Jeanette, the radiographer, that he did not wish to have any further treatment and that he wanted to have his pain managed by medication and to spend the remainder of his time with his family.

Jeanette clarified with Gareth that he no longer wished to continue with his treatment to ensure that she had understood him correctly. Gareth re-confirmed that was his wish. Jeanette and her colleagues transferred Gareth back to the ward, documented events in his treatment card and then called the registrar on the team to tell him what had happened.

The registrar took the view that it was ‘the pain talking’ and that it was in Gareth’s best interests to get him down again for treatment the next day. The consultant, however, took a different line when he came to the department. Having talked with Gareth on the ward and reviewed the latest scan, which confirmed another metastasis, he agreed that there should be no further treatment.

Gareth’s story illustrates the importance of values-based practice within a multidisciplinary team. The radiographer involved in Gareth’s story provided clinical care that was values- as well as evidence-based, taking into account what was important to the patient.

From each of these stories we can see that patients do not always have the same priorities or values as the professionals. VBP is about demonstrating a solid understanding of the importance of patients’ values in practice and about listening to our patients and what matters to them. Patients may not share the same viewpoint as us, so it is important that we take some time to speak to our service users and do not make assumptions about what they value.