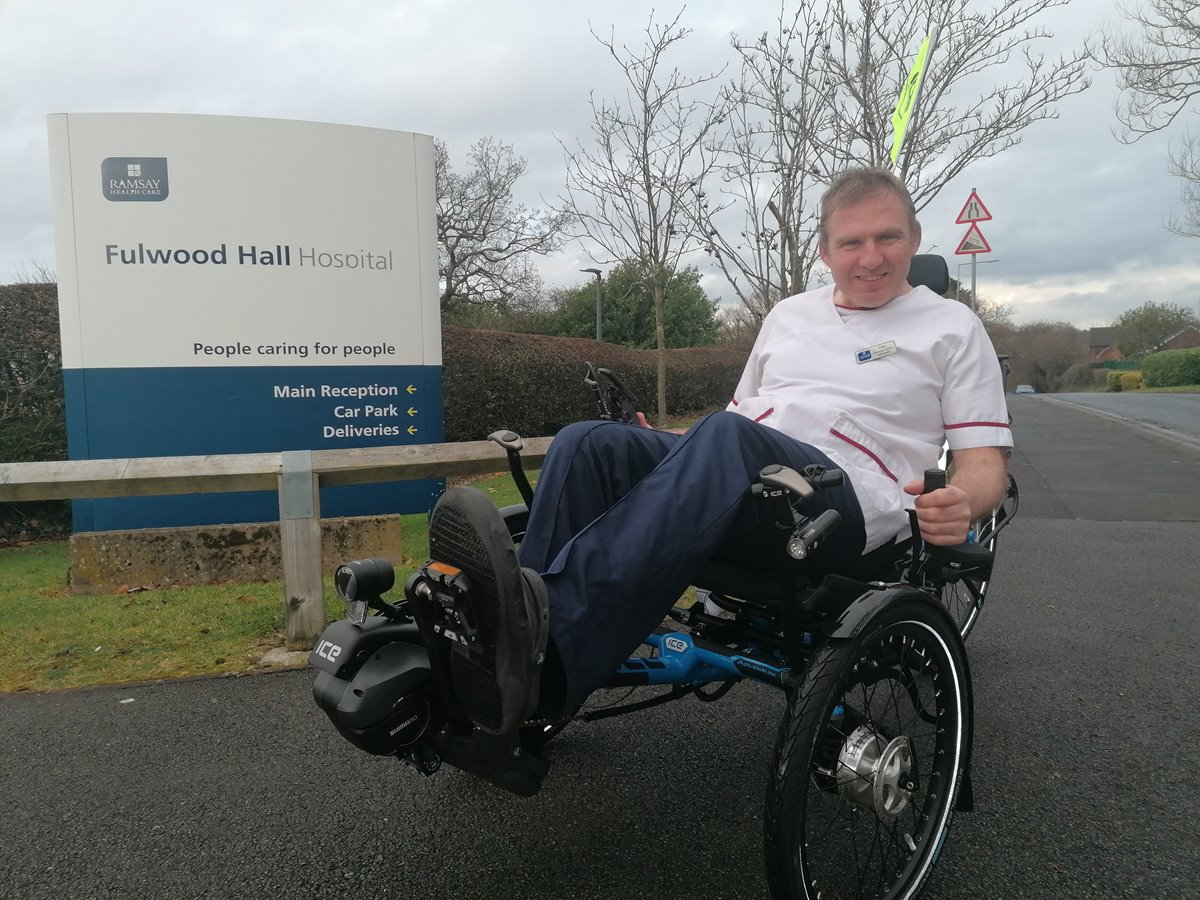 A radiographer from Ramsay Fulwood Hall Hospital in Preston has been able to get back on the road and buy a recumbent trike with the help of the Society’s Benevolent Fund.

Peter Beeston-Taylor, lead radiographer at Fulwood Hall since 2016, was diagnosed with multiple system atrophy (MSA) in 2018.

Before his diagnosis, Peter was a keen bike rider. Partially because of ‘wobbliness’ caused by MSA, he broke his collar bone after falling off a two-wheeled bike in December 2018.

“I sent the application off one day and, amazingly, the Fund said 'yes' the next. The process was meant to take a few weeks, not hours,” he said.

Peter explained, “I have gradually got weaker over the last two years and the pace of car driving has become difficult. A slower and assisted cycling rate makes a big difference and will help me stay mobile for longer.”

MSA is a Parkinson’s-type progressive neurological disorder that affects adults, caused by degeneration or atrophy of nerve cells in the brain. Symptoms include slow movement stiff joints and bad posture, general weakness and balance issues.

“Getting the trike has been life changing,” Peter said.

“The Benevolent Fund has made that happen and I am very thankful.”