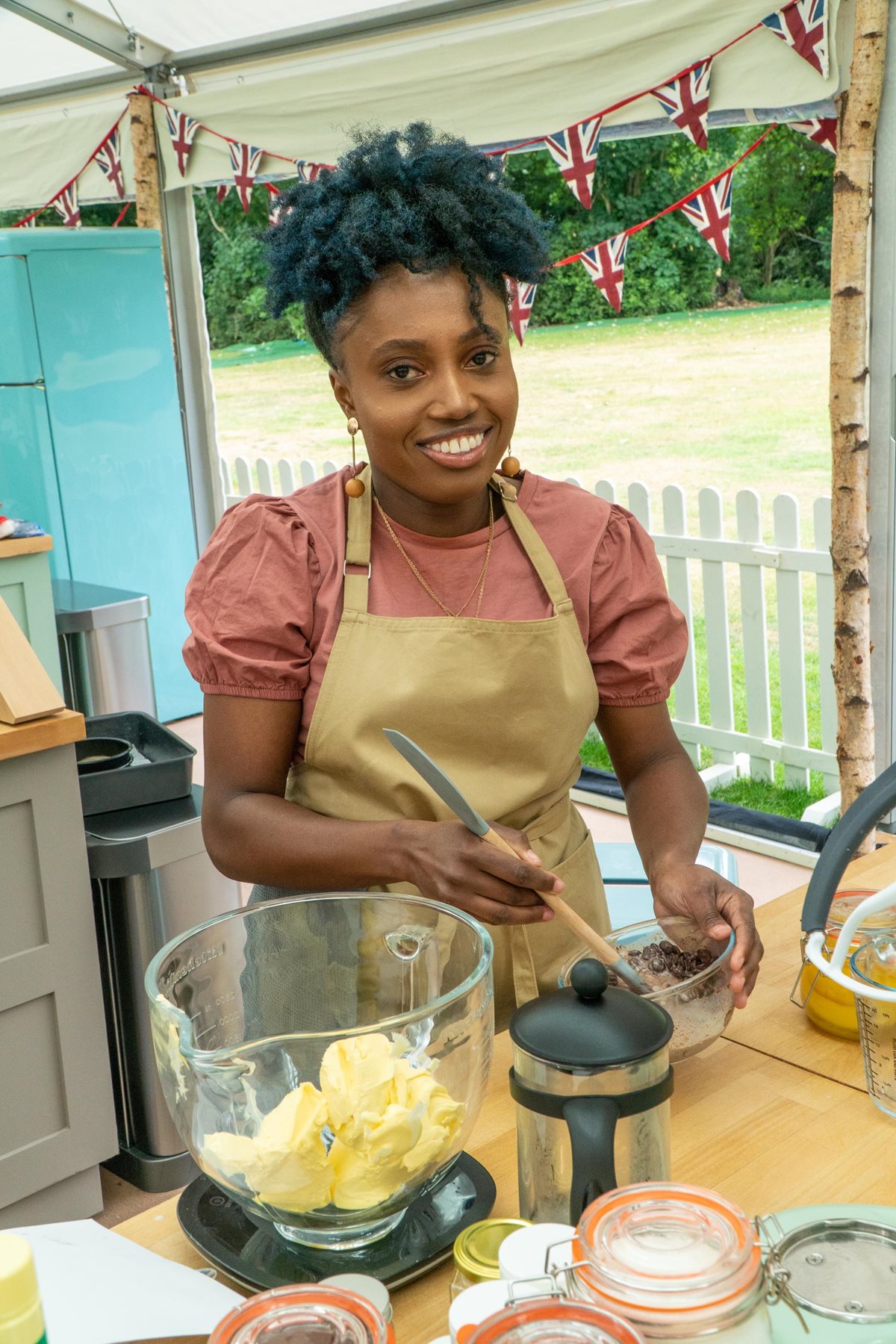 Loriea inspires radiographers in The Great British Bake Off

Durham-based diagnostic radiographer Loriea Campbell-Clarey had to self-isolate for two weeks before filming in a bubble to avoid Covid-19, only to go out after the first episode of the Channel 4 television show.

But the 27-year-old won huge support from colleagues on social media for raising the profile of radiographers.

Loriea has been cooking since she was five years old but the tasks proved a challenge. She delivered a ‘dry’ Battenberg and a ‘very spicy’ pineapple upside down cake. Having been born and raised in Jamaica until she was 15, her showstopper ‘cake bust’ depicted Jamaican poet Louise Bennett-Coverley, also known as Miss Lou. But it was described as looking ‘more like Dobby the house elf from Harry Potter’.

She said: ‘My best moment was when I spilled flour everywhere with the mixer. I put the head down and it flew everywhere, I thought ‘oh no’, but I was at the front bench and there was nowhere to hide. My worst moment was when Prue was apprehensive about my Battenburg. From the start she was unsure of the flavourings - she had a look on her face’.

Loriea said leaving was a ‘bittersweet moment’ because it meant she could attend her grandmother’s funeral which coincided with the running of the show.

‘I am a half-full kind of personality and I always want to approach new things and just try my best. Life is what you make it, don’t be afraid to try new things and the baking world is yours so just enjoy! I am still baking depending on my work shifts, and if I’ve had a bad day, I get home and start baking – it’s my kitchen therapy.’