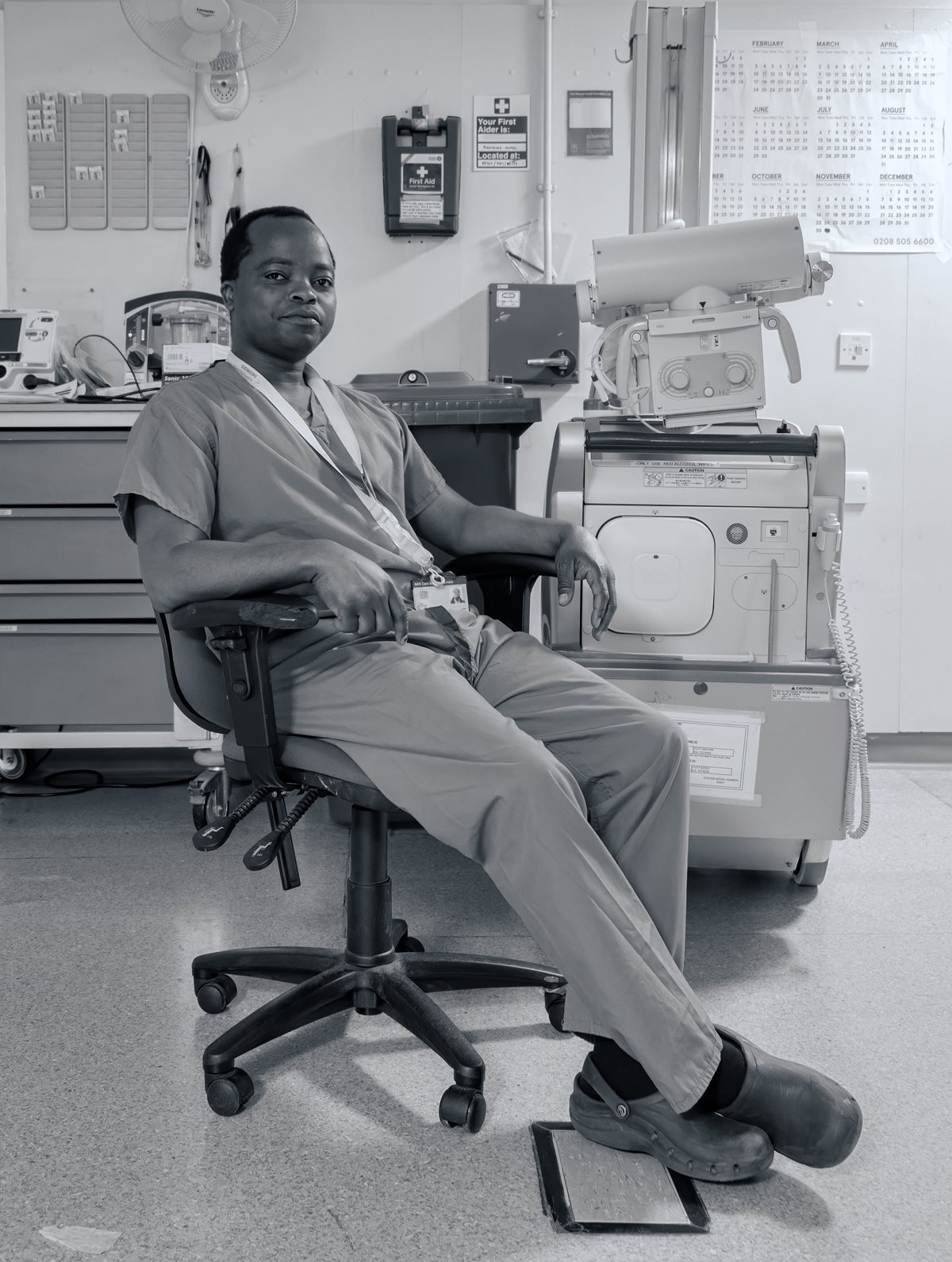 Kyle Tallett photographed colleague at the End of a night shift;

Radiography and photography might not seem an obvious mix but for Kyle Tallett, superintendent radiographer at William Harvey Hospital, in Ashford, Kent, his passion for both resulted in his photo of a colleague being showcased in the National Portrait Gallery’s #HoldStill2020 digital exhibition.

The aim of the project was to create a unique collective portrait of the UK during lockdown. The gallery invited people of all ages to submit a photographic portrait, taken in a six-week period during May and June, focussed on three core themes: Helpers and Heroes, Your New Normal and Acts of Kindness. Kyle’s photo was one of 100 chosen to be displayed out of more than 31,000 entries.

‘End of a Night Shift’ was taken during the first wave of Covid-19, featuring fellow radiographer Allen Matembo. Signifying a moment that many radiographers and NHS staff must have felt during the height of the coronavirus pandemic, the photo tells the story that every staff member matters.

Kyle explained the circumstances behind the portrait: ‘The mind fades over time but a photograph captures what things were really like. I had been taking photographs of my team in action, showing the strict rules they had to abide. We had been split into small groups which meant that I didn’t see two thirds of my staff for most of the first wave.

‘That morning my team were taking over from another team who we hadn’t seen for a long time. This other team had been through a rough night, and as I walked in I saw Allen sitting resting, ready for handover, and something just told me to capture the moment.

‘I had my small Olympus camera with me for taking the images. It’s small but is good quality and easy to keep clean. It was a case of saying: ‘Hold still mate’.
‘No one was infected, we had no absences, and that meant that all of Allen’s team and my team were there. I was relieved. A photo of a good colleague who I hadn't seen for a long time has meaning for me. The picture reminds me of good colleagues.’

Kyle said he hoped that the photo appearing in the exhibition would raise the profile of radiography: ‘Radiographers are very much on the frontline, however like many other professions in the NHS we are forgotten. I am fed up with the media and news referring to the NHS as ‘doctors and nurses’. Even though I am married to a nurse, it really winds me up.

So to get an image of a radiographer into the exhibition for me brings some justice to the situation.’