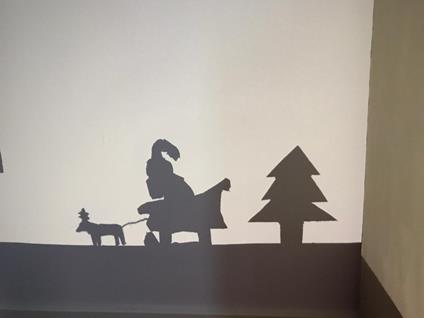 A festive game inspired by the TV show Taskmaster has given a much-needed boost to the Lingen Davies Cancer Centre’s radiotherapy department at Shrewsbury and Telford NHS Hospital Trust.

Technical Superintendent Bernadette Mortiboy has organised a Taskmaster Advent Calendar where every morning up until Christmas Eve the radiotherapy team will receive an individual or team task and have to complete it by 4pm.

Taskmaster is a Channel 4 TV programme starring Greg Davies and Alex Horne who give comedians silly tasks to do for pointless prizes. It is rumoured that they are due to film a video message with a special task for the radiotherapy team to thank them for their hard work during the pandemic.

Bernadette said: ‘The whole radiotherapy team has worked so hard this year especially throughout the Covid-19 pandemic. The superintendents and department manager wanted to say thank you but as we couldn’t have a Christmas party and opportunities to celebrate together are rare, we had to think of something that would be a bit of a challenge but also fun. The team are loving it’.

The tasks vary from practical or artistic to downright silly, and the band 7 radiotherapists are the designated taskmasters who decide the winners.

The first task on 1 December challenged the radiotherapists to ‘put as many things starting with P’ in a urine bottle. ‘There were a lot of imaginative Ps,’ said Bernadette, ‘but the winners had more than 140 things in a urine bottle and that’s without counting the pepper corns or post-it notes.’ 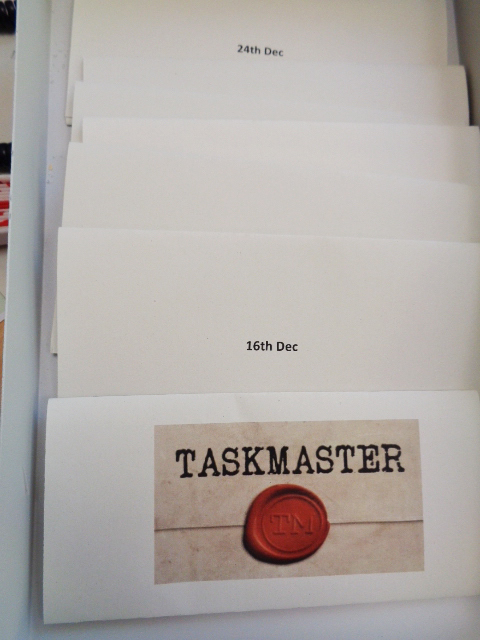 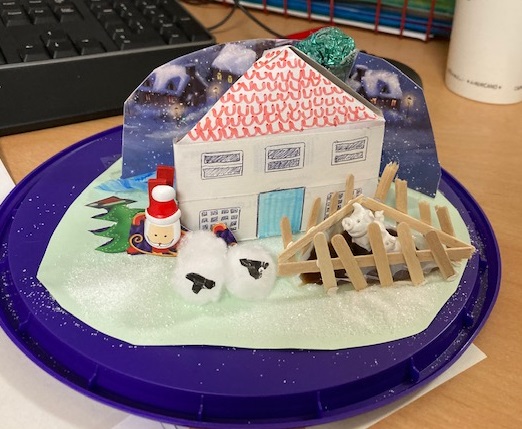 Above left to right: A team's response to the task: put the most unusual thing under a vomit bowl, and the taskmaster envelopes the radiotherapists received.