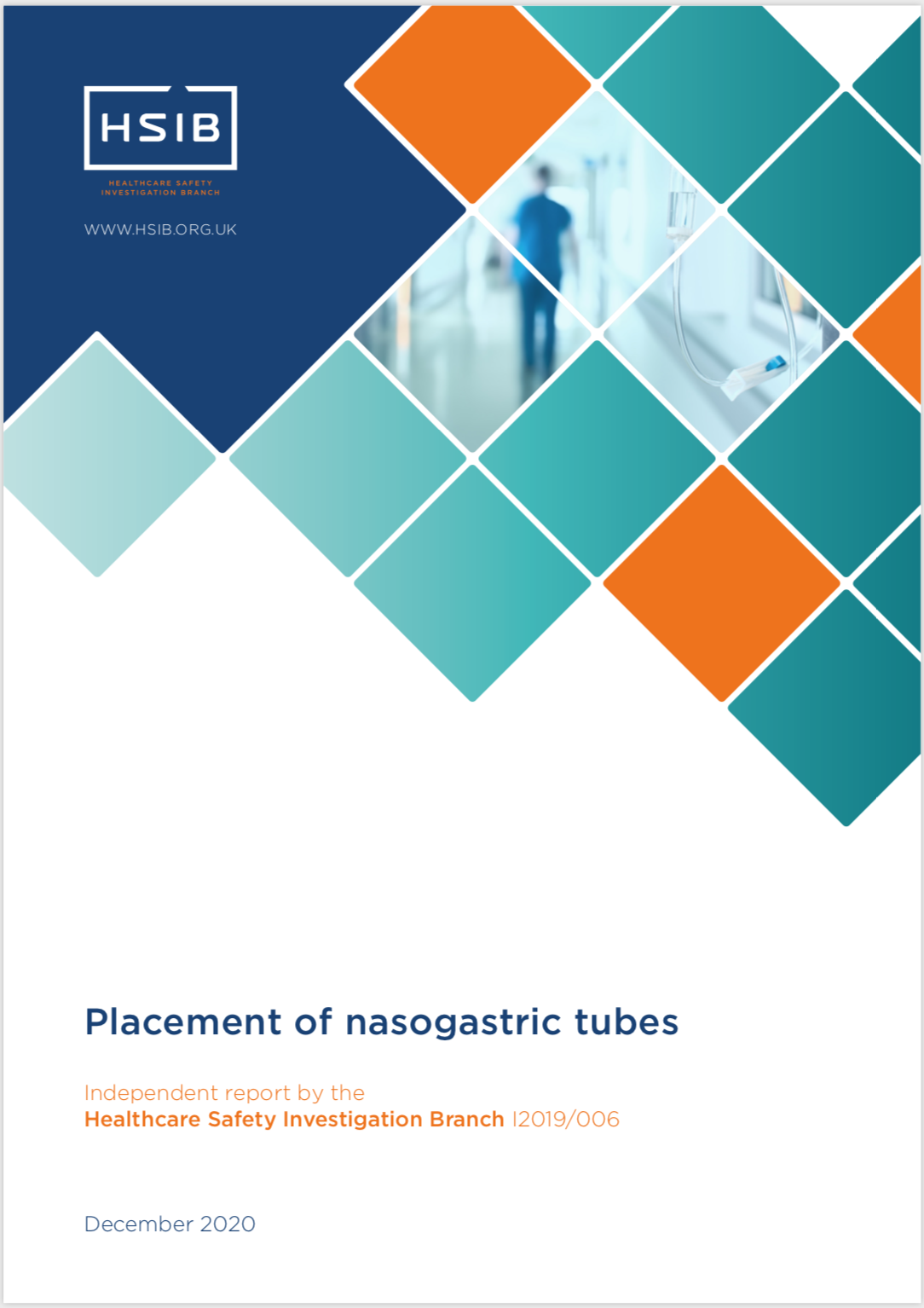 NHS investigation calls for action on misplacement of nasogastric tubes

An investigation into the use of nasogastric (NG) tubes in the NHS has recommended the development of a national training programme to standardise X-ray confirmation of correct placement.

About a million NG tubes are purchased for use in the NHS every year and have been the subject of numerous patient safety alerts over the past 15 years. Misplacement of a tube in the respiratory tract is classed as a ‘Never Event’ if it is not detected before starting a feed, or administering fluid or medication.

The investigation by NHS Improvement’s Healthcare Safety Investigation Branch (HSIB) was based on the reference case of a 26-year-old male who was placed in an induced coma following a motorcycle accident.

The NG tube was inadvertently inserted into his lungs and 1,450ml of enteral feed delivered into his airways before the mistake was recognised. He suffered a significant deterioration before the error was discovered but did recover and was discharged two weeks later.

The key findings of the HSIB’s wider investigation into the use of NG tubes were:

The HSIB’s central recommendation was that the British Society of Gastrointestinal and Abdominal Radiologists, working with Health Education England and the Society and College of Radiographers, should develop a national standardised competency-based training programme for X-ray interpretation to confirm nasogastric tube placement.

This would lead to a recognised accreditation for those qualified to clinically evaluate and record their findings, for example doctors, radiographers and advanced care practitioners. The accreditation certificate will be transferable across NHS care providers in England.

A further safety observation from the HSIB was that It would be beneficial if chest X-rays for acutely ill patients were reported by a radiologist, or a radiographer who has undertaken training, to enable them to report on examinations at an appropriate time. The report should include the position of an NG tube if one is present on a chest X-ray

It could also be beneficial, said the HSIB, if accreditation for reviewing, recording and communication of the clinical evaluation of the X-ray findings, prior to initiation of feed, is limited to specific staff groups trained in confirming NG tube placement, for example reporting radiographers or radiologists.

Dr Stephen Drage, Director of Investigations at HSIB and an ICU consultant said: ‘NG tubes are used successfully every day, however, just one wrong placement has the potential to cause severe complications and harm.

‘Our investigation offers an independent view on why this type of never event continues to happen and the key safety risks that are associated with the misplacement of NG tubes.’

The SoR has long held the view that radiographers have an important role in the evaluation of NG intubation. Sue Johnson, Professional Officer at the SoR said: ‘We produced guidance in 2012 that highlighted image interpretation of check imaging by suitably trained and competent radiographers as a sustainable service model. It is good to see a national commitment to recognising and developing that role.’

HSIB's purpose is to help improve safety in the healthcare system by developing recommendations and sharing lessons from investigations, without apportioning blame or liability. Read the full report Placement of Nasogastric Tubes