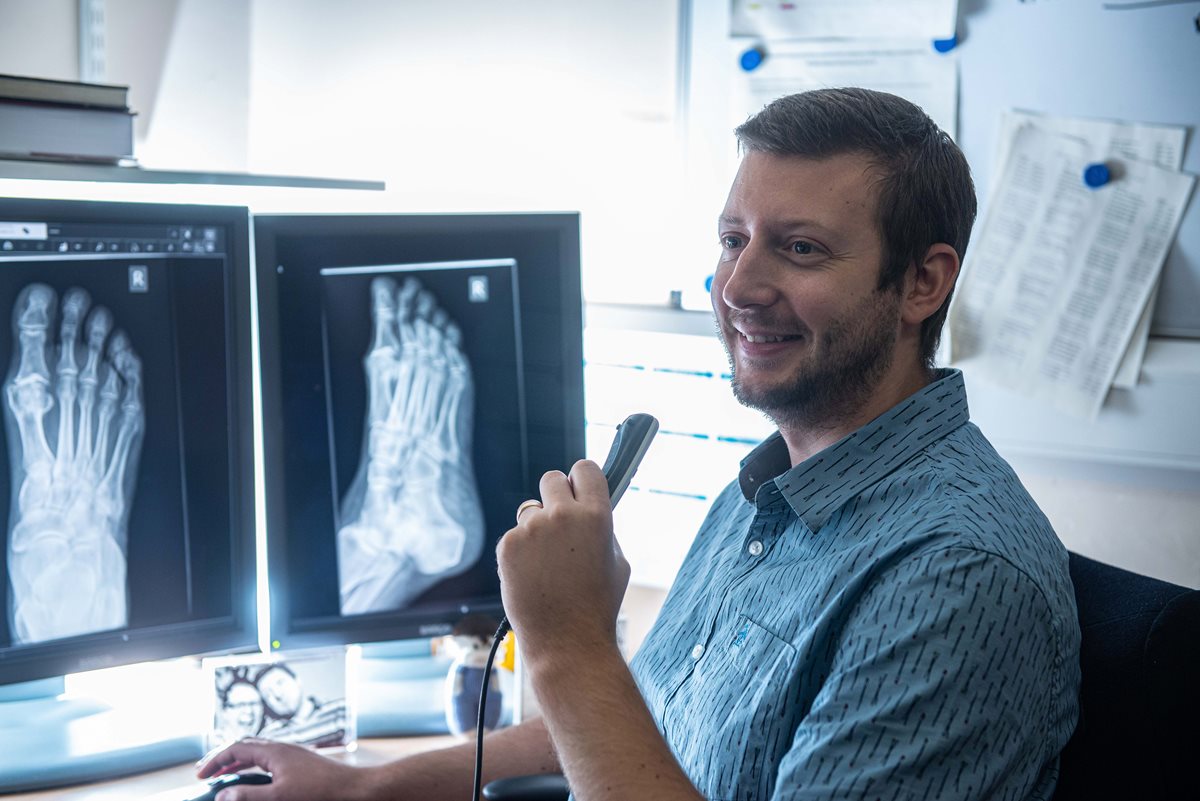 A lesser known fact about the Society of Radiographers is that it runs a Benevolent Fund to help members in times of hardship, including redundancy, unemployment, illness, bereavement, disability or an accident.

Nick Barlow, consultant radiographer in plain film, radiology, at Rotherham NHS Foundation Trust in South Yorkshire, wanted to raise money for the fund and simultaneously raise awareness of its existence.

In July he presented two online lectures for members for the price of a voluntary donation, focussed on pulmonary infections and how to report a chest X-ray. The lectures raised £800, with 327 people attending the first lecture and over 280 people joining the second.

Nick, whose role involves in-house teaching as well teaching at universities, said: ‘I am delighted with the amount we have managed to raise for the Benevolent Fund. I would personally like to thank my colleagues for engaging so well with the events, and for putting their hands in their pockets in difficult times to raise funds for a much needed cause. Hopefully it will inspire others to do similar events in future and hopefully we can generate funds for the charity on a more regular basis’.

Chief executive of SoR Richard Evans said: ‘The donations made through Nick’s initiative and the generosity of members will all directly benefit members who face difficulties due to circumstances outside their control’.

Nick now plans to set up a programme of full-day educational events for members of the society to raise money for the Benevolent Fund. He is also setting up a new business providing lectures on X-rays to radiographers and non-radiographers including nurses and physiotherapists.

Richard Evans added: ‘Nick has done an amazing job in sharing his expertise with colleagues so generously. The response of those who benefited from his programmes has also been brilliant. It shows the value that members place on learning and development as well as a recognition of the importance of the SoR Benevolent Fund.

There is more information about the Benevolent Fund, including eligibility criteria and a donation page, on the SoR website.