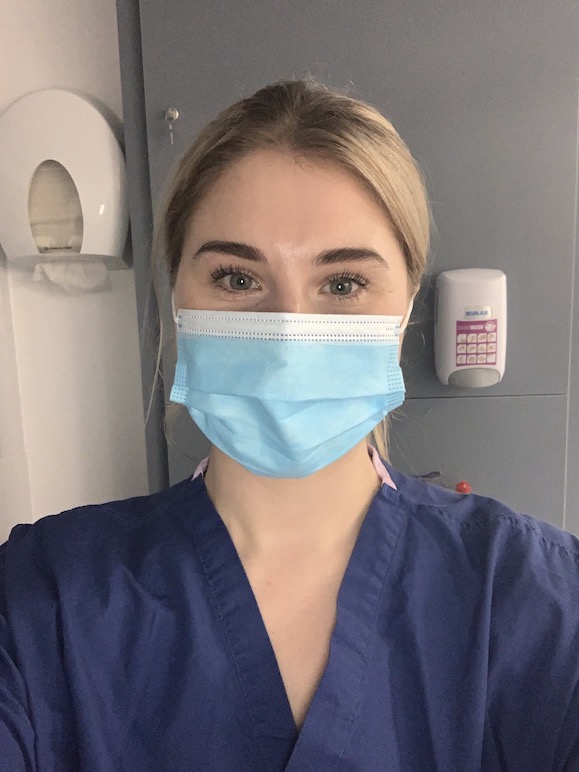 Student Festival: A new direction with the Gamma Knife 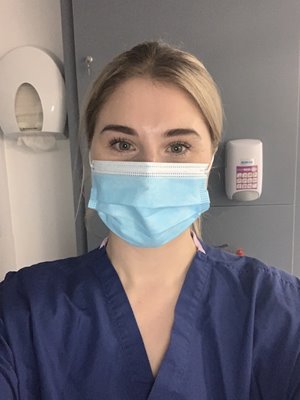 During my Radiotherapy and Oncology degree at Sheffield Hallam University, we were given the opportunity to do an elective placement and I attended the Gamma Knife department.

I enjoyed everything about my degree, from the patient care being delivered and the science side of it too, but after spending time in the Gamma Knife department, I loved the efficiency, the smaller team, and the more involvement with planning and treatment delivery.

I also felt that sometimes in the radiotherapy department, if a patient had a concern or had questions, it was always very rushed as we worked to such a tight schedule, so I was never able to give the patient the time I would have liked to and follow them up post-treatment.

To be sure that Gamma knife was for me, I attended the Hallamshire Gamma Knife department as an extra placement. It was then that I observed various diagnoses and how they are treated differently.

It was very patient specific, using a machine specifically designed for gamma knife treatment. I also saw how efficiently the radiographers worked, and how much more they were involved with the patient - more than you would be in external beam radiotherapy. Going into a specific field did not require an extra degree, but it did require extra training and experience.

I graduated from Sheffield Hallam University in June 2019 and after qualification applied for Radiotherapy practitioner jobs and was employed at St James University hospital in Leeds. After being here for four months, I received an email  asking for people who were interested in the gamma knife.

I emailed straight back but  did not expect to get placed as I was only very new to the department, starting my preceptorship and newly qualified, but I was accepted! I spent six months in the Gamma knife before rotating back through the radiotherapy department. However, because I had been so much more involved in the patient pathway, the after care and the actual treatment delivery, I decided to start looking for Gamma Knife jobs as I preferred this so much more.

I then found The Thornbury Radiosurgery centre, which was advertising a job. I did not think I would succeed as it was a senior radiographer role and I had only been qualified 18 months and I only had six months of Gamma Knife experience. But I had evidenced and spoken about my experience which resulted in me securing the post.

I now feel that this is the field for me and where I belong. I have now been offered to attend a course on Radiation Protection to become a Radiation Protection Supervisor and be able to be responsible for the machine when working and adapting my skills further. As I have only been here for a couple of weeks, I am still finding my feet, but there are lots of opportunities for me in the future to continue to increase my knowledge and advance my skills.

There are many more pathways you can go down in radiotherapy and oncology, and a lot of opportunities if you are wanting to find a specific career for you. My university has supported me throughout my decisions and helped me achieve my goals and discover where I would find my career, so keep in touch with your lecturers!