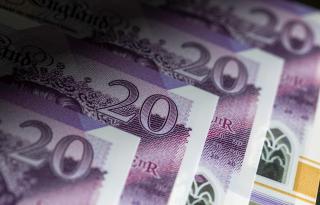 If In Doubt – Call A Review…

SoR Director of Industrial Strategy & Member Relations, Dean Rogers, responds to the Department for Health submission to the NHS Pay Review Body for 2021-22.

The NHS is one of several areas in the public sector that make use of a Pay Review Body (PRB) process – where Government issues a remit framework and evidence to a quasi-independent body followed by evidence from other stakeholders (in this case NHS employers, unions and potentially others). The PRB then makes a recommendation, which the Government is expected to accept.

This is always a controversial process. Unions tend to see it as watering down collective bargaining and often doubt the PRB’s genuine independence – echoing the criticisms about transparency and accountability of similar arrangements for Board level pay in the private sector. Examples of PRB outcomes that at most mirror Government evidence and which leave little room for any meaningful negotiation about how to spend the recommended quantum feed this sceptism.

Alternatively, some see benefit in the PRB process. They’d argue that Government and unions having to submit public evidence to a PRB at least sheds some transparency into the bargaining process – with arguments having to be explored and explained more publically. This can be seen as especially important to the under-dog (nearly always the unions but especially the Allied Health Profession’s Reps) who can use the process to highlight their special cases to all parties, amplifying their causes for the next round. In this, the PRB process can be argued to lay better foundations for a longer-term strategic approach to pay and reward than a purely react, political annual pay cycle.

The SoR position is that there is truth in both of these views but the most important thing is the outcome for members emerging from whatever conversation and debate there is about members’ pay and reward.

Against this backdrop, Government issued their evidence to the NHS PRB late into the evening on the last Friday before Christmas. It is interesting largely for what it doesn’t say…we had feared Government setting a narrow remit with a specific figure too low to meet either our expectations or provide any scope for negotiation once the PRB published its recommended overall figure. Instead, the Government didn’t suggest any figure at all – merely repeatedly stating any award must be “affordable”.

Importantly, it didn’t define what they mean by “affordable”. It urges the PRB consider “affordability” – without at any point saying anything about what the parameters for measuring “affordable” might be in the current context or costing anything. The Government’s letter echoes Rishi Sunak’s comments about a perceived unfairness in giving the 5.5 million public sector workforce any pay rise when the private sector is in recession. It implies they’d prefer not to give a pay rise to any public sector workers, except they have already committed to reward NHS staff for their efforts during the pandemic. In other words, they seem to be asking the PRB to guide them on what is politically affordable or not without setting any economic parameters.

This is oddly frustrating and encouraging in equal measure. It shows the reality that any Government in almost any major economy currently finds itself in the midst of the pandemic. Currently, it’s thinking is dominated by the short term and doing whatever it takes at whatever cost to beat Covid19 – putting how to pay for this off until later. There is no affordability limit. The Government has and will go on literally printing whatever new money it feels it needs for extending furlough, benefits, more vaccines and PPE, Brexit, etc. This is the context of this NHS pay round.

This context also presents the first opportunity since the NHS was founded to reboot the system and set some new baselines. The NHS has always been underfunded. Between 1950 and 2000 we almost always spent less of our GDP on healthcare than any major economy. We’ve been consistently increasing healthcare spending since 1997 but hadn’t got close to catching up and in many areas, especially radiography, demand and expectations have been outstripping investment. Government’s excuse for not investing what was needed to catch up was limited by “affordability” but now “affordability” is defined by what it can’t afford not to spend.

Naturally, the SoR think investing more now in finding and retaining the radiographers they need to catch up with Germany, France and more than 20 other OECD countries is also in the “can’t afford not to” column on the economic, social and political spreadsheets. The costs are known, from reports like Sir Mike Richards’ and Cancer Uk’s recent radiography and imaging studies. These have already been accepted, in principle, by the Government.

We will now be making the case strongly, to the PRB that they simply cannot afford to miss this unique opportunity.