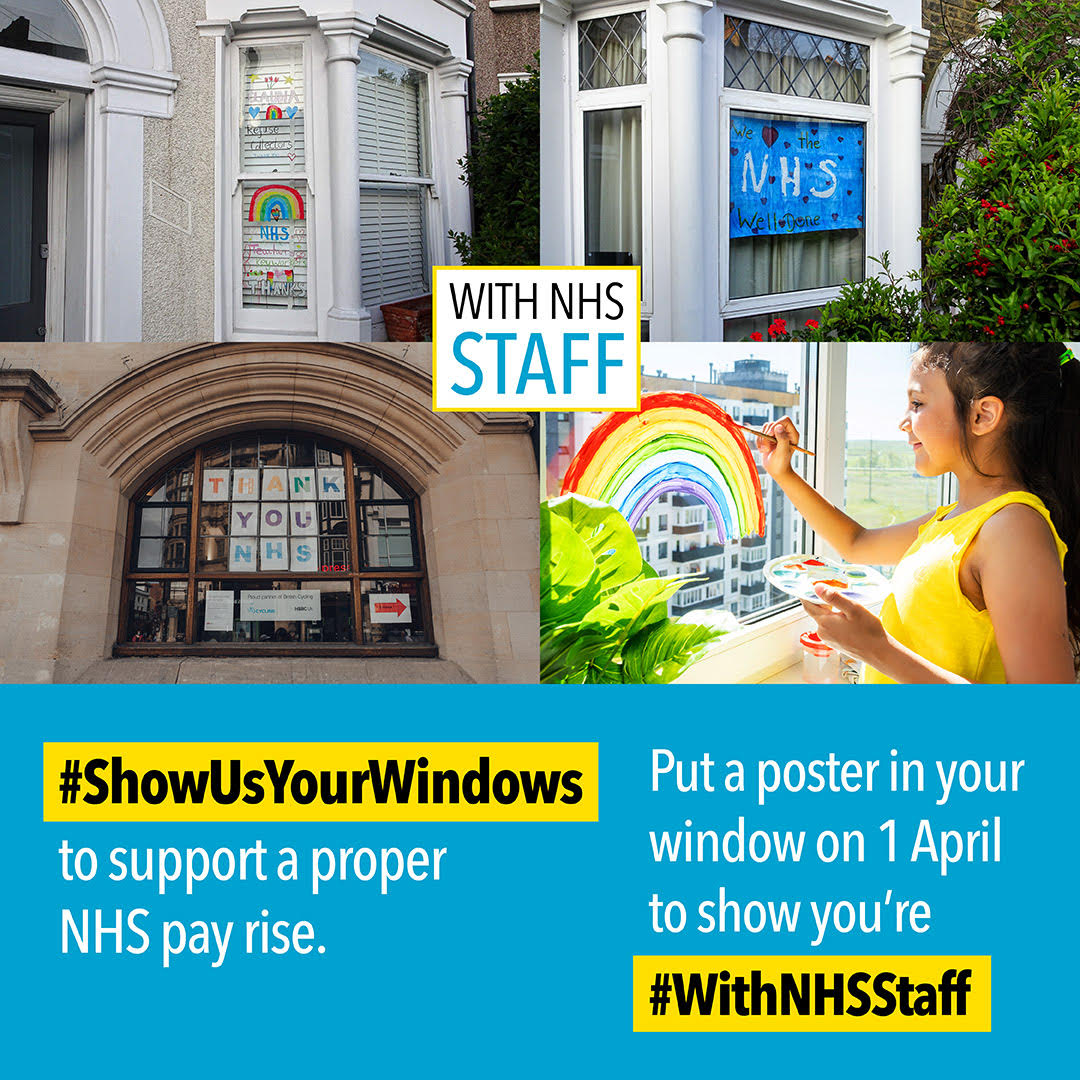 The Society of Radiographers is to join a public poster campaign in support of a proper pay rise for NHS workers.

Fourteen health unions across the country are encouraging UK households to colour in or create bright, colourful window posters to display on 1 April.

A selection of NHS Pay Day posters is now available to download and print as well as specific SoR posters which you can download here.

The move comes after the government in England recommended only a 1 per cent rise for 2021-22, while this week Scotland announced that NHS workers would receive a 4 per cent increase. Northern Ireland has also provided £2,000 thank you payments to students, and £500 for healthcare workers.Wales has given NHS workers a one-off £735 bonus.

Meanwhile, there are over 100,000 vacant NHS posts and four in 10 NHS workers receive a state benefit while feeling burnt out, demoralised and underpaid during a pandemic, according to the campaign.

Other ways to support the campaign include writing to your MP (the #WithNHSStaff campaign has templates and tools to help) and you can also tweet your support using the hashtag #WithNHStaff.